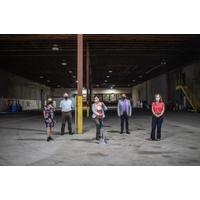 Beta Hatch is planning to grow more than insects east of Seattle in Cashmere, Wash. The 5-year-old startup is growing its entire operation and in the process has raised $9.3 million in new funding, the company announced Friday.

Founder and CEO Virginia Emery, a PhD entomologist and her team of “insect entrepreneurs,” have been working on a plan to revolutionize the animal feed business out of a facility in SeaTac, Wash., south of Seattle. The new funds will help Beta Hatch complete construction on a 42,000-square-foot flagship facility in Cashmere, a small city in Chelan County, Wash., that is known for its fruit packing and processing industry.

Beta Hatch is converting one third of a building which was previously a juice factory, transitioning the space to a hatchery in a hub-and-spoke operating model and creating the largest mealworm production facility in North America. The plan is to have hatchery facilities (hubs) produce eggs and ranching facilities (spokes) grow product. 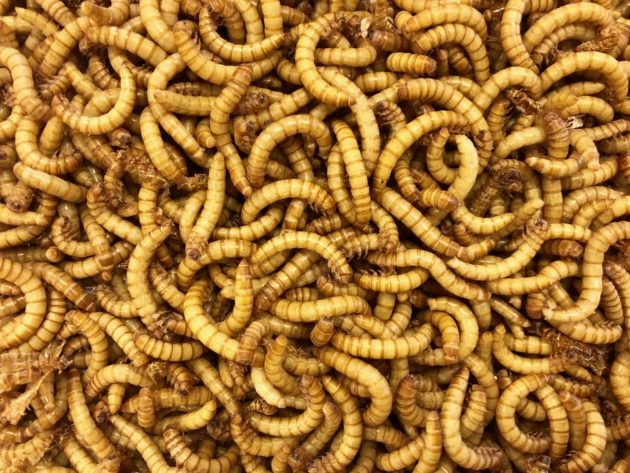 Mealworms are ideal food for chickens and farm-raised fish, and Beta Hatch raises lots of them. (GeekWire Photo / Kurt Schlosser)

“The community has been great, and the city of Cashmere in particular has been very welcoming,” Emery told GeekWire. “The mayor was at our ground breaking, and they have been very helpful in keeping our project moving quickly.”

Emery has said insects have the potential to be the world’s most sustainable protein. Beta Hatch develops insect-rearing technology that converts organic waste directly into high-value proteins, oils and nutrients for poultry and aquaculture, enabling insects to cost-effectively meet the global scale of demand for plant and animal nutrients.

Other companies are attacking the insect market as well. Kentucky-based EnviroFlight, a unit of Darling Ingredients, is developing feed products for agriculture using black soldier fly larvae. “Harnessing the power of the fly will help us feed the animals that will ultimately feed our rapidly growing population,” the company notes.

The power for Beta Hatch’s new operation will be derived from renewable sources, including waste heat from a neighboring data center to lower electrical requirements of the air handling systems.

“We believe co-locating with waste sources of all types makes for not just more sustainable production, but also lower costs and shorter transportation distances,” Emery said.

“We are very excited to expand our technology and leadership team as we scale into this new phase of growth,” Emery said, adding that the SeaTac operation will keep running into 2021 as a support and transition facility. That smaller space, which GeekWire visited two years ago, could be a helpful test bed for the startup’s distributed concepts, Emery said, such as making sure insects survive transportation.

Rajiv Singh, board member at SeaAhead and the founder of Amritam Holdings, both investors in the round, said that there are tremendous opportunities for what the startup is addressing in the food and feed supply chain.

“Beta Hatch has one of the most pragmatic, decentralized, scalable, and low risk models of the insect-based protein solutions,” Singh said in a statement.

Writer and editor Kurt Schlosser covers the Geek Life beat for GeekWire. A longtime journalist, photographer and designer, he has worked previously for NBC News, msnbc.com and the Seattle P-I. Follow Kurt on Twitter or reach him at kurt@geekwire.com.